Louisville offers a wide variety parks to choose from, however some of these local treasures can be overlooked because there are so many. Here are two exciting parks just off the beaten path you should explore!

A beautiful park tucked away just off of Thixton Lane, Fairmount Falls provides a wonderful terrain to traverse. It’s important to point out that Fairmount is by permit only in order to preserve the natural beauty of the park. In the spring there are a number of wildflowers that grow along the hillside.

As I began my journey along the trail I noticed the moss covered rock formation at the entrance and how it marked the beginning of my adventure. I then reached the crossing of Hidden Creek Lane and I could hear the rushing water of the falls. The trail led right to the edge of the cliff in order to marvel at this spectacular sight. 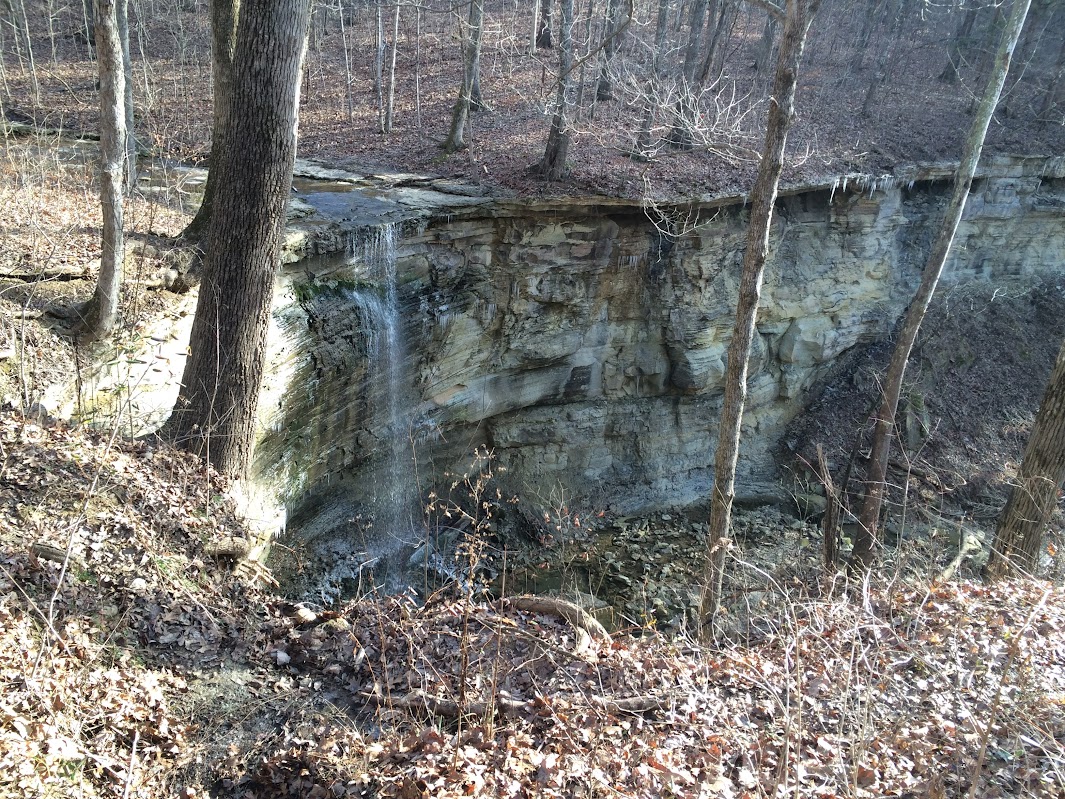 I then realized that my path continued directly across the stream and stand on top of the falls themselves. I gazed at the vastness of the area, listened to the pounding current and felt the mist upon my face. I carried on along the trail, just off the side of the cliff. It followed a winding path all the way down the hillside and up again.

The land was originally by owned George Weber in 2002. It was originally a part of the Hidden Creek Farms, which is the name of the stream that flows over the falls. The land was purchased with the help of the Land and Water Conservation Fund.

This purchase also took place around the time of the merger between the Jefferson County and the city of Louisville. Weber wrote about a very interesting plant that grows in this area call Job’s Tears. The previous owner, Mr. Weber wrote a small description of this plant and how he used the bead-like seeds to fashion a teething ring for his little sister, when he was younger. They resemble wooden beads and are often used to make rosary beads.

Caperton Swamp is another overlooked park just off of River Road.

The park’s winding trail allows you to journey through the marshy landscape, and loops around a beautiful pond.  In the summer, the pond will dry up and provide a perfect habitat for a number of reptiles and amphibians.

On the other side of the trail you can see the timber has settled in standing water. It is also known as “wet woodlands,” which means the soil is flooded for over half the year. Due to this unique ecosystem, Caperton offers a very different experience than other parks within the city.

Caperton is also known to be a great place to view various species of birds. Over 187 types have been spotted in this area. Personally, on my trip through Caperton, I listened to a melody of bird calls and even spotted two woodpeckers just off the trail.

Another interesting fact is it is a Nature Preserve and Wildlife Sanctuary. This means there cannot be any form of construction and hunting is not allowed.

This is part of the deed restrict held by the deed owners. The land was acquired with the help of River Fields, Inc. over the course of several years, between 1980 and 1988.

One structure did however exist in this area; the Caperton Arch was originally an entrance way onto the Caperton estate. Due to the concern of its condition, it carefully relocated to Mockingbird Gardens on Brownsboro Road in 1990.

So, if you’re feeling adventurous or interested in discovering something new about Louisville, lace up your boots and visit these hidden gems within the city.