Parks and recreation is an integral part of American life. Parks and recreation amenities such as playgrounds, gyms, aquatic centers and features serve as places where people go to improve their physical and mental well being, have fun with family and friends, and/or enjoy nature first hand.

As a park and recreation agency, we are keenly aware that managing and maintaining such public treasures requires hiring not just qualified professionals, but passionate stewards who safeguard both our property and equally as important, the customer experience. One such employee is Keith Smith.

Keith is our Aquatic Supervisor. He originally joined that department in 1994, and stayed 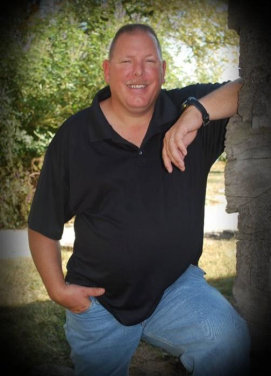 until 1998. He returned in 2007. Keith, housed at the Mary T. Meagher Aquatic Center, has initiated several aquatic programs and community events during his time with the department including the Senior Noddle Derby, Trunk-or-Treat, Movies on the Lawn, and the Zombie Park. His latest program is a Boot Camp/CrossFit Class, a land-based fitness program combining stretching, speed and agility and a workout-of-the-day. The class hosts approximately 10-15 people each session, and allows participants (at different fitness levels) to move at their own pace. The goal of the class is to give each participant a baseline for their workout experience enabling them one-on-one consultation from one of the fitness coaches.

When Keith is not working at Mary T, you might find him hanging around Davis Arena on Shepherdsville Road, home of Ohio Valley Wrestling. Around there, Keith goes by the name of “The Assassin”. Yes, in addition to being an Aquatic Supervisor, he is also a professional wrestler, and has been for 25 years.

“I grew up watching wrestling as a child, and I always wanted to be one,” he echoed when asked “why wrestling?”

Keith has trained with some of the legends of wrestling including: John Cena, Randy Orton, Brock Lesnar, Dave Bautista and Dwayne Johnson aka “The Rock” who some may not know was a very popular wrestler prior to his Hollywood debut. Keith acknowledges that his greatest wrestling match actually came against “The Rock”, who was going by the name of “Flex Kavanah” at the time in the United States Wrestling Association  (USWA). Keith retired from professional wrestling in 2017, but came out of retirement this year, and is back in the ring.

“It’s hard to stop doing something you’ve been doing for 25 years; especially if you love it,” Keith shared during our interview.

So, we’ve established that Keith is an Aquatic Supervisor, and a Professional Wrestler.
Add to the list that Keith is also a Pastor. He was called to the ministry 15 years ago.
Two years ago, Keith became the pastor of Coffee Creek Baptist Church in Paris Crossing, Indiana.

When asked how he balances three distinctly different careers, Keith said, “It’s not easy!
I preach four days a week at nursing homes and two days a week at my church in
additional to three days a week of wrestling and training and putting in 40-50 hours a week at Mary T.”

Keith, a Louisville native (Portland Neighborhood), has been married for 33 years. He and his wife have five (5) kids, 18 grandchildren, and one great-grand child.